The following is a collection of our HUG RUB media events.

“What can one person do to make a change in the world? A HUG can do wonders!”~Jerry Matteo [Hugman]

Jerry Matteo saw the original FREE HUGS video on YouTube in 2006.
He has been giving FREE HUGS in Santa Barbara,CA. and abroad ever since.

Jerry is inviting everyone to join the movement.

You can do this by first making a FREE HUGS sign. Next, get a “HUG HERE – RUB HERE“ shirt here and help SHARE THE LOVE!

At the Paseo Nuevo Mall 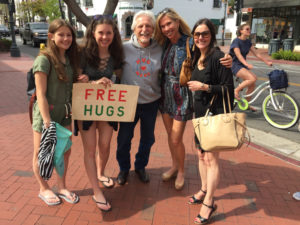 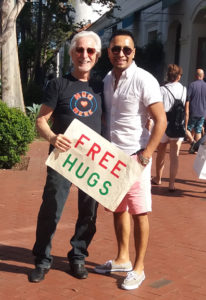 At the Summer Solstice Parade 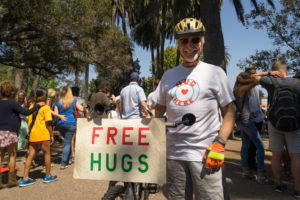 Jerry is wearing his HUG – RUB T-Shirt while hugging people at the post-parade party in the park. 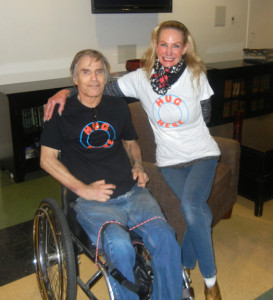 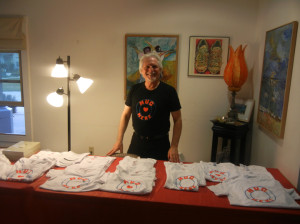 Jerry is getting ready for our first “HUG – RUB T-Shirt” event in Santa Barbara.