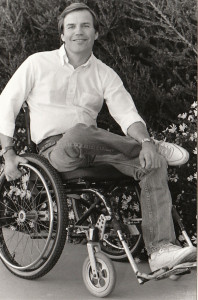 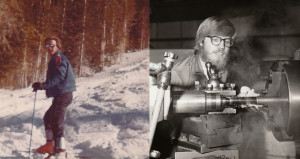 James Paul Wight was born in Chicago in 1955. From the age of two he grew up in Arlington Heights, Illinois where he graduated high school in 1973. James fell in love with Colorado on a family trip to Steamboat Springs. Since then, he had made numerous ski trips there while completing an apprenticeship in Tool and Die-making. Upon graduating at the top of this program in 1976, he immediately moved to Craig, Colorado. He worked as a machinist and then became successful with his own appliance repair business. 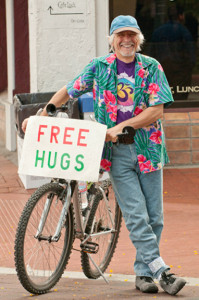 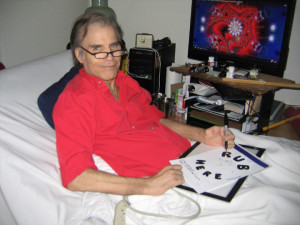 After being prescribed numerous pain medications, James’ life became unmanageable and all of his life’s dreams were put on hold. As a result, James had given up after all these years of struggle. His condition was deemed terminal and he was taken to hospice care ready to die. It had been nearly a decade since Jerry Matteo last saw James, when he got word of James’ condition in hospice. Jerry immediately went to visit James in his dark and quiet room. In James’ own words, “It’s a ‘miracle’ that Jerry the ‘Hug Man’ himself came to visit me. I was mere hours away from death”.

Inspired by the renewed excitement of seeing his vision manifested, James pulled himself out of his death spiral. He knew that fighting this death spiral would entail more months of serious pain and hard work. With a new lease on life, James proceeded to finish the artwork. Jerry directly set up the “HUG RUB BRANDS™” business. James talked about his idea to the staff at hospice and this buzz got the attention of the Dream Foundation. As a result, the Dream Foundation also became excited about the whole concept. They gave James a generous grant for HUG RUB BRANDS™, which was put toward the first printing of the T-shirts. Dream Foundation also contributed their graphic artist to complete the graphics for printing. Jerry generously put countless hours into building the HUG RUB BRANDS.com website. 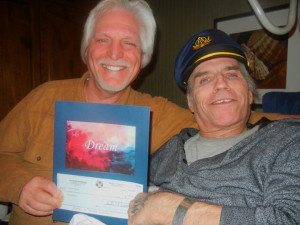 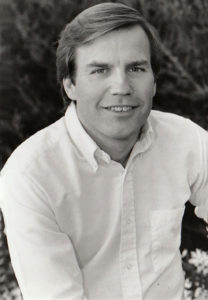 HUG RUB BRANDS™ needs your support. Help us fulfill James’ vision of people sharing Hugs and Rubs worldwide.
Help us fulfill James’ vision of supporting others living with spinal cord injuries.
You can play an active role and transform lives one Hug and Rub at a time.
Please buy one of our “HUG HERE – RUB HERE” products for yourself, your family, or a friend or two. Help SHARE THE LOVE!